Behind the Scenes with… Elliott Hasler, director 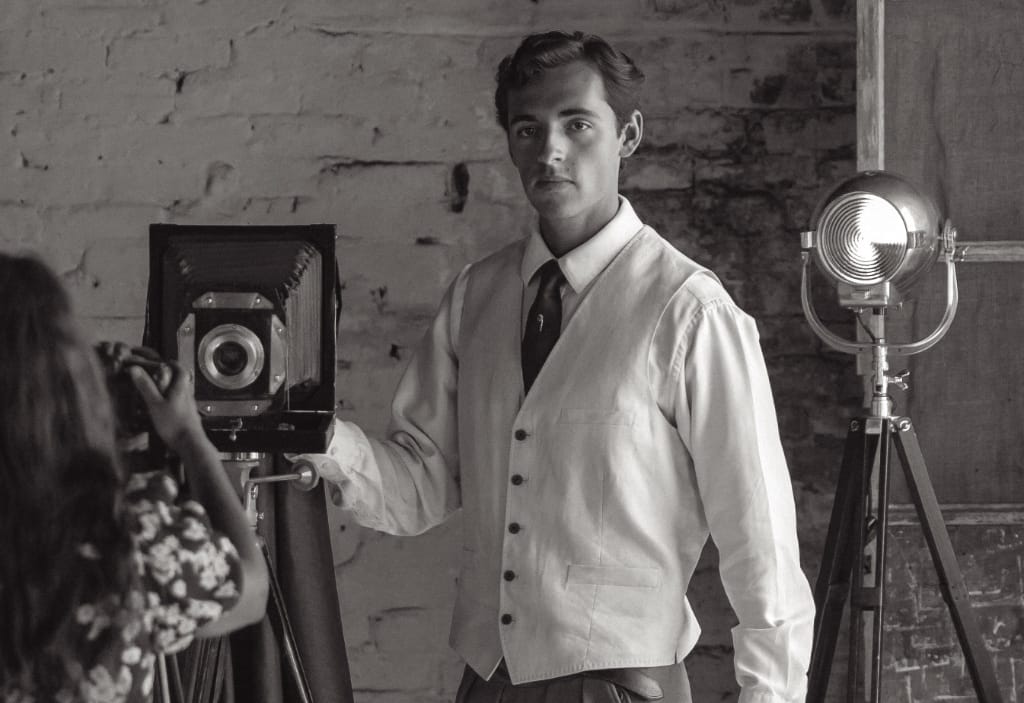 Elliott Hasler is a young film director from Brighton & Hove who released his first feature-length film Charlie’s Letters at just 16-years-old. He is now working on his second release, Vindication Swim, which has been filmed in part in Copperdollar Studios. We speak to Elliott about how the pandemic has affected the production of his motion picture and how he thinks the industry will be affected.

Hello! Could you tell me about yourself and what you do?

I’m Elliott Hasler and I am film director born and bred in Brighton. I’m currently the youngest feature film director in the UK having completed my first film aged 16, which saw me cited as “the next Spielberg”.

Can you explain the project you’ve worked in recently at Copperdollar Studios?

We shot some scenes at the studio for my latest film, Vindication Swim, which tells the true story of Mercedes Gleitze who in 1927 became the first British woman to swim the English Channel.

Why did you choose to write a biopic on Mercedes Gleitze – what fascinated you about her story?

She’s just a really fascinating person and her story is so inspiring. To achieve what she did as a woman in 1920s was just incredible, it’s really a story about her overcoming all odds to achieve her dreams. And of course, swimming the channel itself is no easy feat; to this day more people have climbed Everest than successfully swum the English Channel, so it’s sort of battle against both the establishment and nature which gives it great cinematic appeal. To add to it, Kirsten Callaghan, who plays Mercedes in the film is absolutely perfect in the role and her interpretation of the character is just fantastic!

How did you hear about the studios — why was the space suitable for the scene?

We heard about the studios through Instagram and the old-fashioned brick walls were the perfect backdrop for the scene in question.

Was your project been impacted by the UK’s lockdown restrictions during the height of the pandemic?

We were doing really well and were ahead of schedule but the pandemic has pushed us back quite a bit so our original target to wrap production by the end of the summer will now be impossible. Although it’s not too bad really as we’ve been able to take a breath from a pretty hectic shooting schedule, giving us all a chance to properly consolidate our ideas during the lockdown and I think the film will be all the better for it.

Tell us about the first time you picked up a camera — which popular directors/filmmakers did you admire growing up?

I can’t really remember the first time I picked up a camera, it was quite a while ago! But the director I most admire would be David Lean who did Lawrence of Arabia which is one of my favourite films of all time and one that I take great inspiration from.

What is your favourite part of the creative process when making a feature film?

I love it all – I write all my own stuff and that’s a stage which I particularly enjoy, then the actual shooting of the film is great too and we have such a great cast on this one so it’s amazing working with them. I enjoy the post-production as well as it’s lovely to see everything come together, but really the magic happens at every stage of production so I love it all!

The film industry is rapidly evolving due to the domination of streaming services. Do you welcome these changes as a young filmmaker or do you see it as a threat to cinema as we know it?

I’m a little unsure about it all, to be honest. On the one hand, streaming services will most likely be great for an emerging filmmaker like myself, but a lot of the content they put out is rubbish. It is a bit of a shame that it’s taking away from traditional cinemas, as I’d much rather have my film released into cinemas than straight to someone’s TV.

Do you have any projects or ideas lined up for the future we can look out for?

This is a pretty big project, in-fact it’s one of the largest scale-independent films ever made, so I’m focusing solely on Vindication Swim right now!

You can view the IMDB page for Vidication Swim here:
https://www.imdb.com/title/tt10776714/?ref_=ttmi_tt

It was lovely to speak with you Elliott Hasler – best of luck with Vindication Swim!

We are reopening on Monday 20th July 2020 and we cannot wait to see you! Email info@copperdollarstudios.co.uk for booking enquires