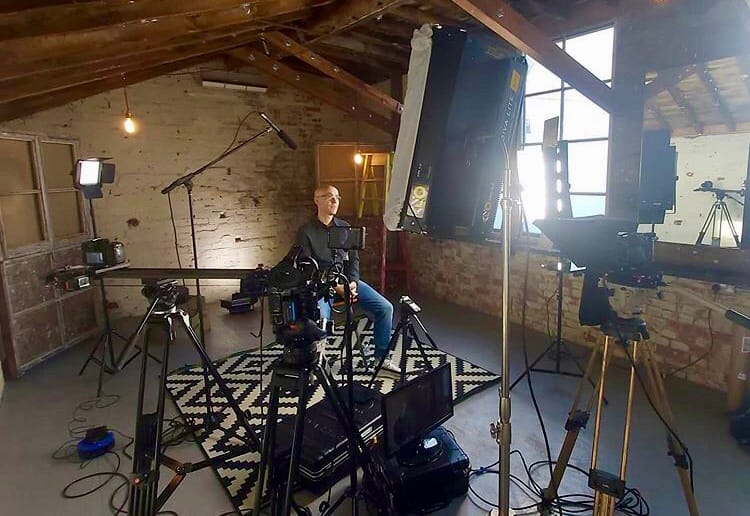 Big Egg Films is an award-winning full-service production company based in Brighton & Hove who specialises in artistic and commercial filmmaking. Producer Charlotte Vivian speaks to us about how the company has adapted to the restrictions imposed this year and if they see a future in live streaming.

As the UK completes its first week of Lockdown: Part II, it is easy to focus on the negatives of a turbulent year. One company who is channelling a positive outlook in a difficult situation is local award-winning production company Big Egg Films. Founded by Adam Sheldon (Director) and Dave Richards, they have five years’ of experience offering full-service film production. They generate exciting artistic and commercial films with a range of specialisms in all aspects of production.

Charlotte Vivian, Producer of Big Egg Films, emphasises the wide scope of projects they help to facilitate including promo videos, animation, documentaries, adverts and crowdfunding videos. They collaborate with companies big and small and have strong interests in the charity sector, tech and creative. Charlotte says: “We care about who we work with and we’ve worked extensively with charities across the years. We are interested in working with people, organisations and companies who are doing good things and are making a change within society, local area or the world.” Big Egg works annually with Brighton Housing Trust, donating them films for their Christmas campaign over the past few years, which has helped to raise hundreds of thousands of pounds.

Finding the positives during Covid-19

Big Egg came to Copperdollar Studios with Into Games just before lockdown restrictions tightened again on 5 November. Charlotte says the company as a whole had started to feel more comfortable shooting on locations. “You have to take that step to go back out into the world and try and get things back to normal, whatever that normal is.”

This year, the production company quickly adapted its services to offer home filming online. They offer tips and tricks to filming yourself at home and even send bits of equipment if needed. “It does work, it’s amazing what you can shoot on your own phone as long as you’ve got the lighting right and your background is not too cluttered”. They have also done Q&A filming through Zoom, allowing them to interview six different people across the country. “It’s never going to be the same as going out and doing a live shoot, that’s the magic of it all,” Charlotte admits. “I think there are pluses because we can turn work around more quickly because we’re not travelling and there’s no setting up.”

A huge part of Big Egg Films is offering multiple internships and work experience opportunities for young people from all backgrounds. They focus on inviting those with special needs or mental health issues who don’t necessarily have as many opportunities. Fortunately, they have been able to continue these vital paid placements remotely. “They would be going out on shoots, but we’ve adapted it so that we’re giving them other experiences through our social media platforms and our website.” Big Egg is also looking into possibilities of starting editing classes for those just starting out and creating a young person-led film festival.

Is there a future in live-streaming?

Big Egg is yet to venture into the live-streaming arena, but they are now looking to make this an available service. Charlotte celebrates the prospect of inclusivity afforded by digital streaming. “If you look at the BFI film festival they did last month, it’s unbelievable that we all had access to this amazing festival.” BFI’s London Film Festival 2020 offered a programme of mainstream and independent film with some content available to watch free of charge. Through digital streams, audiences are not bound by geographical or financial barriers when attending a film festival or watching a piece of theatre.

“I think that is one worry for me that people might start expecting creative work to be free,” Charlotte tells me. She again praises BFI’s festival model that offered cheaper tickets for younger people while still offering full price for the main screenings. The advent of the Internet often gives the misconception that online equals free, which is simply not possible for everyone in the arts. Quality content comes at a cost.

Charlotte longs for venues to reopen but hopes there will be a resurgence in the arts in the future. Although the opportunities presented through digital streaming are manifold, Charlotte thinks the two should co-exist. There is an undeniable connection with physical live performances. “Personally, I hope that we get back to live. You can’t beat it, can you?”

It was lovely to talk to Charlotte! Do make sure you have a look at Big Egg Film’s fantastic showreel. Copperdollar Studios is taking bookings and we cannot wait to see you! Email info@copperdollarstudios.co.uk for all enquires.