Behind the Scenes with… One-Eared Dog Productions 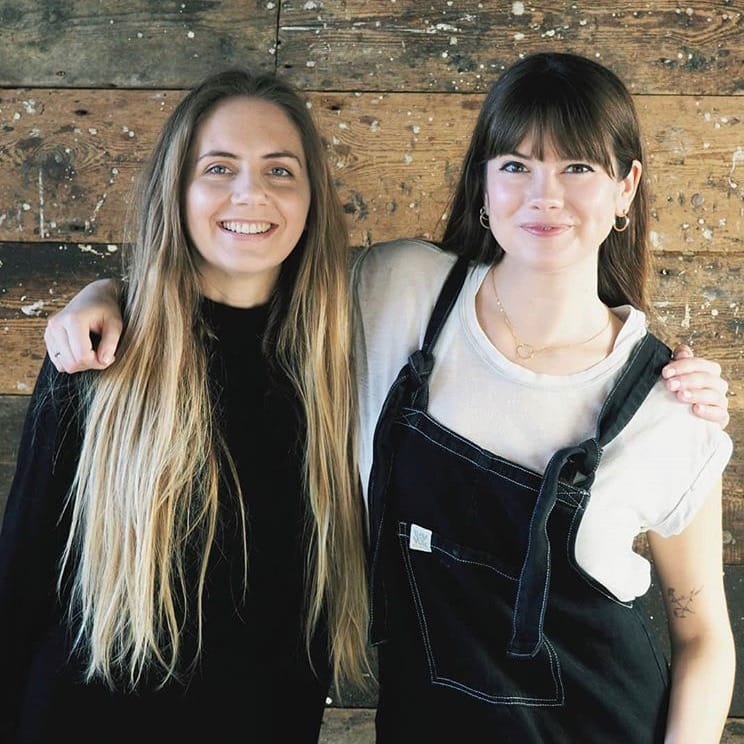 The acting duo from One-Eared Dog Productions recently filmed a sketch in the Hayloft to promote their brand new play. Carli and Hannah discuss their time at the studios and how they plan to use their reoccurring characters in future projects.

Hello! Please could you tell me a bit about yourself and what you do?

Hi! We are Carli Fish and Hannah Robinson, aka One-Eared Dog Productions. We write, produce, and perform film and theatre.

What was the creative project you were working on in the studios?

We were filming a comedy guide to acting video to promote our play, ‘Have You Heard About Guy?’, which follows two struggling actresses, Frank and George, as they navigate the highs and lows of the industry. You can watch the video here.

We also did a photoshoot for Hannah who is a singer-songwriter as well as an actress.

How did you first hear about the studios and why did it suit your requirements for your shoot?

Carli: I live in Kemptown and popped by the Copperdollar Studios Christmas Art Market last year where I met Kt who told me all about the space. Initially, we were thinking of using the studios for rehearsals but, after I showed Hannah the Hayloft, we knew it was the perfect backdrop for filming and photography too.

Are Frank and George recurring characters in your work?

Frank and George are the two protagonists in our play but we have grown to love the characters so much that we have been tempted to extend their story – maybe via a sitcom! It was really fun to inhabit them again as it’s been nearly a year since our last performance at The Warren, Brighton Fringe 2019.

When did you initially become interested in film and theatre respectively?

Carli: I started acting when I was a child but have worked mostly in film and TV so I didn’t have much stage experience until we wrote ‘Have You Heard About Guy?’. It’s been a huge learning curve but it’s given me a real love for creating theatre.

Hannah: I did drama classes and exams when I was growing up which were theatre-focussed. Music ended up being a big part of my life, but writing and performing our play has been a wonderful opportunity to reconnect with theatre – I love the creativity and collaboration involved.

What are your favourite styles of theatre to produce in your production company?

‘Have You Heard About Guy?’ is our debut play so we haven’t really nailed down a style yet! We are working on a new script though, and it’s becoming clear that we’re most passionate about female-led comedy.

What can we expect from One-Eared Dog Productions this year?

We were scheduled to have a busy time coming up, including performances of Have You Heard About Guy? at The Hope Theatre in London and at Bournemouth Emerging Arts Fringe. We were also both set to appear in Stuart Warwick’s In Moderation at Brighton Fringe. Sadly, all of those performances have now been put on hold, which we thoroughly agree is the right thing to do to keep everyone safe in the current climate.

Instead, we’re hoping to broadcast the play online via a free live stream – to entertain anyone who’s stuck at home and in need of a bit of fun, lighthearted theatre. There’ll be no cost to tune in but there will be an optional donations page, with any money raised going to support The Hope, BEAF, and other UK theatres if possible. We don’t have a set date for the performance yet as we want to keep an eye on the news and wait for a safe time to get together but you can follow us on social media where we’ll be posting updates as soon as we can.

Great to talk to the both of you Carli and Hannah! Look out for more of their work in the future…