Behind the Scenes with… Liemba 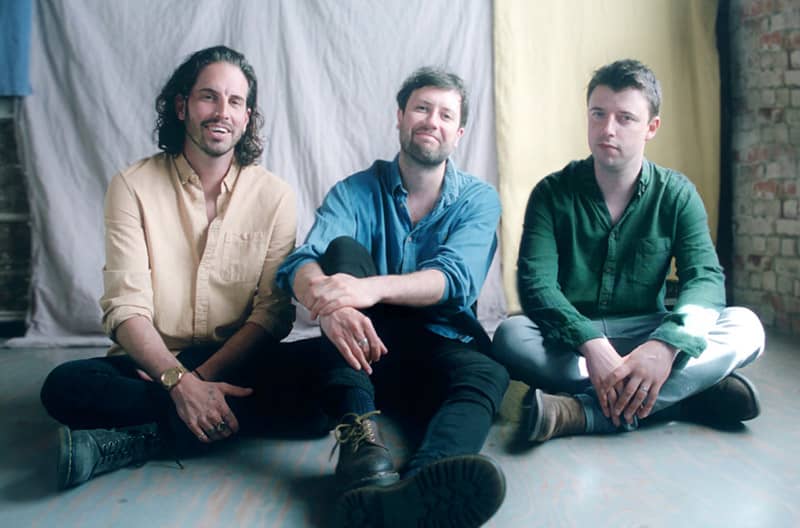 Brighton-based Indie-acoustic band, Liemba, came into Copperdollar Studios for a band photoshoot ahead of their EP launch. They discuss their upcoming release, their musical influences and how they first formed. Images were taken by Alice Humphreys.

Hello! Could you tell me a little bit about yourselves?

We are called Liemba and we’re three-piece acoustic Indie band based in Brighton. We combine classic Folk/ Americana routes with contemporary acoustic and Rock influences. Imagine Crosby, Stills and Nash fused with Kings of Convenience, Fleetwood Mac and The Staves.

Nelson Day, Damian Best and I (Simon Gledhill) form the backbone of Liemba with our three-part harmonies and intricate guitar interplay.  We have self-produced three EPs so far and will be releasing the third over the summer of 2019.  We are also occasionally joined on stage by a rhythm section plucked from Brighton’s rich pool of virtuoso players.

Can you tell us a little bit about the project you’ve worked in recently at Copperdollar Studios?

As part of our upcoming EP release, we needed to have some new photos to accompany the artwork. We were recommended Alice Humphreys as she has worked with a few bands we know and like. Alice had a vision of blending coloured backgrounds with what we were wearing. We wanted to capture some stylised photos of the band as well as some that capture a bit of personality.

Alice knew about the space and it was one of the first studios I found when searching online.

Why was the space well suited to your photoshoot?

We needed somewhere with the option of natural light, so the Hayloft was perfect. The space has a nice rustic feel which worked for the style of some of our photos. It is also a good size- so plenty of room to dump our ample clothing options!

How did you first meet and form Liemba in Brighton?

About 4 years ago Damo and I were in a band called The Move-ons and we played on the same circuit as Nelson’s band, The Island Jacks. One night I saw Nelson play a stunning solo set at The White Rabbit in the Laines, after which I drunkenly insisted we must write some songs together. Nelson agreed (probably drunkenly as well) and so Liemba was born.

What attracted the band to play a mix of indie/folk/rock?

Nelson and I both have a love for playing acoustic guitar. We are both singer-songwriters, so the Indie/Folk genre sits naturally with us. We are influenced by 60s and 70s music including Crosby, Stills and Nash, Neil Young, Steely Dan, Simon and Garfunkel etc. This forms the basis of our musical relationship. We like to think we have our own identity while reflecting elements of the 60’s/70’s bands we love and respect. More recent influences include Fink, The Staves, King of Convenience, Jonathan Wilson and a host of other great artists.

As a band, where are your favourite places to perform in the city and why?

We love the Brunswick in Hove because the sound is always top-notch and the atmosphere is great. It’s a proper venue for people who want to watch quality music. It also has a basement venue which is nice and intimate for acoustic bands like us. The Old Market is probably our favourite venue to perform and attend gigs. Always has a great atmosphere, the sound is spot on and it looks great outside and in.

Where could we hear your music?

You can listen to all of our music on Spotify, Bandcamp and all other music platforms. Our latest EP is being released a track at a time throughout June-August. We also have a few live videos on Youtube.

Thanks for talking to us, Liemba! Can’t wait for the EP release.