Behind the Scenes with… CryHavoc 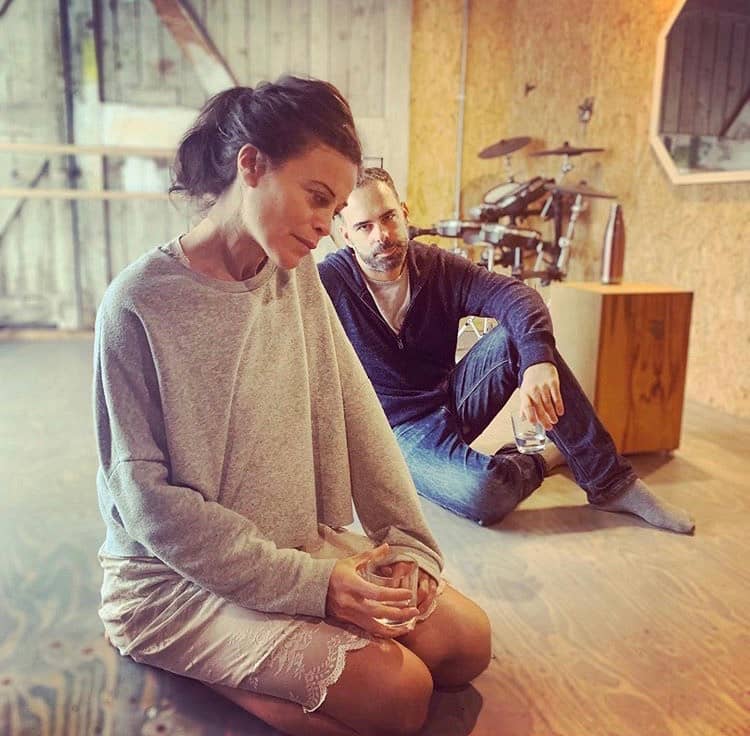 Copperdollar Studios was built in mind as a space to inspire the creation of art and movement. We have been fortunate to have CryHavoc Theatre using The Stable for their rehearsals. The theatre company is co-ordinated by Artistic Director, Claudine Sinnett, who has worked in many UK theatres and also the Edinburgh Festival and Brighton Fringe. Claudine spoke to us about her focus on helping actors and writers discover their own voice to generate truthful pieces of theatre.

Hello! Could you tell me a little bit about yourself and how the theatre company first formed?

I originally graduated as an actor from the Arts Educational Drama School in London, worked as an actor for many years, lived in New York whilst studying Meisner Technique and I’m now the Artistic Director of Cry Havoc. I’m interested in encouraging actors and writers to have a strong voice in theatre and I work closely with writers to encourage and support them to develop truthful pieces of theatre. I am committed to forging meaningful, long-lasting artistic partnerships with artists and companies across the country and abroad, to develop and cement the creative work that is produced through Cry Havoc.

Can you tell us about the project you worked on recently at Copperdollar Studios?

We took a script that had been performed in NYC once before and developed it into an international piece, using actors from the UK and made it our own. Working alongside the writer, we developed the piece to suit Brighton fringe and took it to Edinburgh this year as well. The most recent rehearsal period was to change our actors and rehearse them into the roles ready for its transfer to The Kings Head Theatre in London.

How did you first hear about the studio space?

We researched our area which is Brighton and a friend told us about the spaces. It was exciting because it is so close to where we are based but also its a really cool and fun space to work in. Rustic and ideal for the backdrop of our play although I think we will always use the studios for everything we do if we can as it’s so convenient.

Why did you think the studio was suitable for your rehearsals?

The spaces are really artistic and give the right energy for creativity. Its all self sufficient too, with the little kitchen and the lovely coffee and tea honour system that is happening there. As long as you top everything up and look after the space there’s a mutual respect thing going on. It’s also great to work alongside other creative artists when there’s someone using the other studio at the same time.

What does CryHavoc specialise in as a theatre company?

We produce and support the development of work; find possibilities for both emerging writers and established makers trying out new things. How do we do this? We seek collaboration, look outside the possibilities of traditional theatre spaces and forms, we run workshop programmes and provide long term development of the work that really grabs us.

You mention the importance of forming long-lasting artistic partnerships, why is this crucial for you not only in theatre but throughout the artistic world?

We don’t think that work that we produce as a company should be limited to the UK. Our most recent projects have created a link between us and America and the next leg is with Canada and looking forward, Australia. I think it’s an important step to take as a theatre company as although the voices in this country alone are strong and necessary to hear, the collaborative techniques we can all learn and the cross-cultural community voices that we can develop and incorporate into our own development is crucial.  Especially in this day and age where walls are going up all over the place. Art can transcend all of this nonsense.

What is next for the theatre company this Autumn?

We are currently developing a piece ready for the Brighton Fringe in view to taking it onto the Edinburgh fringe then back to London. The exciting cycle that we go on. This piece is being developed by two Cuban writers who live in different countries which is exciting. It tells the story of three women who come together to take on one man. It’s exciting but I can’t say anymore or I’ll give it away! We are also developing our scriptwriting and acting workshops series which will happen at Copperdollar in both studios. Were just locking down dates at the moment.

Where could we see more of your work?

We have a show which is in on at the moment at the Kings Head in London, and Sunday (13th Oct) is the last performance. So come and see us there. Alternatively, we will be hopefully performing a scratch night of script ideas in Lewes or at Copperdollar soon then the next big show will be at the Brighton Fringe. You never know- we may transfer somewhere else between now and then so keep an eye on our news…

We love welcoming people back to use the studio space, and it’s always a pleasure to host CryHavoc for their rehearsals.